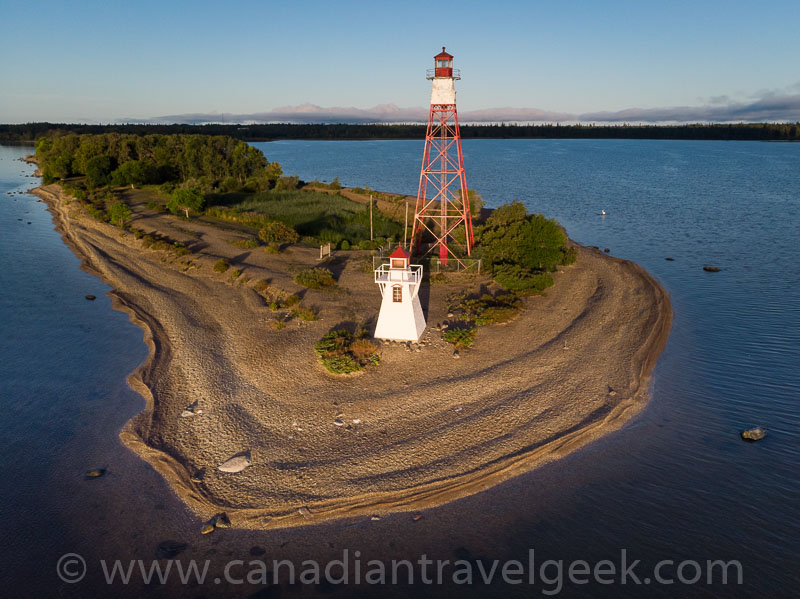 Hecla is both a community and an island in beautiful Lake Winnipeg in Manitoba, Canada.

Hecla Island was named after Mount Hekla in Iceland. This area of Manitoba has many people of Icelandic descent and many areas still have Icelandic names.

The island is about two hours north of Winnipeg on the shores of Lake Winnipeg. It is part of the Hecla / Grindstone Provincial Park.

Hecla is an island in Lake Winnipeg, joined to the mainland by a causeway. Originally it hosted a fishing community. Before the causeway was built, there was a ferry to transport people and later vehicles to the island. The provincial park was established in 1969.

Driving: Take highway 8 north from Winnipeg past Gimli and Riverton. This will continue onto the causeway and terminate on the east end of the island.

Flying: Fly into Winnipeg and then drive north on highway 8 as mentioned above.

Train: Take VIA Rail into Winnipeg’s Union Station downtown, then rent a car to drive to Hecla as described above.

When you drive onto the causeway, you’ll see the lighthouse and the “Welcome to Hecla” sign seen earlier in this post. After that, be patient, because it’s still a fairly long drive before you get to the village.

The Hecla village is off highway 8. There are two entrances. If you just want to see the “downtown” with the church, pier and general store, skip the first entrance you come to and take the next one a few kilometres later… otherwise you will be driving along a slower, sparsely populated road.

Things to See and Do

There are a lot of things to do on Hecla, mostly involving the outdoors. There are:

Hecla has a number of beautiful walking trails, most of which are quite easy to do and take you through some beautiful forests and lovely coasts.

You can also ride a bicycle on many of the trails, as well as along highway 8. There is a dedicated wide shoulder for bicycles between Gull Harbour and the village. You can rent bicycles from the resort and from the marina, or bring your own.

There is a full service marina at Gull Harbour on the island. It includes a public boat slip that can be used for a fee.

Kayaks and jet skis are available for rental from the marina.

Hecla has several lovely sandy beaches. The largest stretches from near the resort to the marina and is easily accessible from the campground.

Sunset Beach is another lovely beach.

Some of the shoreline on Hecla is more rocks and stones than sand, so do a little research before going!

The Golf Course on Hecla

There is an 18 hole golf course next to the Hecla resort. There is a professional on site and the course features great views of beautiful Lake Winnipeg. The site also features a driving range, a pro shop, on site food and beverages, and club and cart rentals.

There is a large campground on Hecla, as well as a few hotel/inn type locations on Hecla and a number of cabins for rent.

The campground on Hecla is operated by the provincial government. You can reserve a spot through the Manitoba Parks web site. I strongly advise you reserve a location ahead of time to avoid driving all this way and not having a site.

We have stayed at the campground several times and found it to be very pleasant, clean and relatively quiet. It is certainly a great option.

The resort in Hecla is owned by Lakeview Hotels & Resorts, who own properties in Manitoba, Alberta and British Columbia. This expansive hotel is located on the northern tip of Hecla Island and features a number of great amenities:

We stayed at the Hecla resort for three full days (Monday-Thursday) and stayed in a king suite. This had a king sized bed in one room, and a sofa (bed) and chair in the entrance area.

Since we were four people, we asked if they could provide a cot, but were told that they couldn’t put one in because it would block the exit in case of fire.

So, we brought our own air mattress, and moved the chair into the bedroom, which made room for the air mattress to go alongside the sofa bed, and everything worked OK. The only weird thing about the room was that the bathroom had two sliding doors, one to each room, which meant that we had to close both doors to use it and the doors didn’t block much sound coming from the bathroom.

We had one issue with our room during our stay. We couldn’t turn the shower on, so I went to the front desk to ask that it be fixed. Within minutes, a fellow from maintenance arrived at the room and diagnosed the problem. He told me that it would require a new cartridge, which could take 30m-1 hour to install. We were going out anyway, so he did the work while we were out and then called housekeeping to clean up to ensure there was no debris remaining in the shower. He was pleasant and prompt and we were quite satisfied with the hotel’s repair effort.

The Lighthouse Inn is located at the marina in Gull Harbour. It has 12 rooms, all featuring a water view, along with a private cabin.

The falls themselves are pretty short, as waterfalls go. It’s quite possible to walk across the top of the falls – be careful – and the water just below the falls is shallow enough for adults to stand up. There are a lot of rocks in the water and they are slippery, so exercise caution if you choose to go into the water.

The area is very pretty and it features a little wildlife! On both of our visits, we saw turtles, and on our last visit we saw a number of small frogs.

It’s a popular area for fishing, and there is a wheelchair accessible dock off the parking lot.

To reach the falls, take the White Lake Resort exit off highway 307. You can either park at the marked location for the path to walk to the falls, or drive down the subdivision road past the convenience store all the way to the end and park in the lot adjacent to the falls.

The path is a nice walk, and it takes about 10-15 minutes to reach the falls.

Hi, I’m Steve. I travel for pleasure and occasionally for work. Here I share travel tips and my experiences traveling through Canada and beyond.